Regardless of what has been claimed about Jayne over the years, most people agree that Jayne was a good mother. Jayne had five children who were 16-1 at the time of her death.

Jayne Marie is Jayne’s first child, fathered by Jayne’s first husband, Paul Mansfield. By all accounts, Jayne Marie was Jayne’s confidant in life, although their relationship was estranged at the time of Jayne’s death due to Jayne Marie running away from the Pink Palace with allegations of abuse against Sam Brody. In the 1970s, Jayne Marie claimed that she was writing a biography on her mother, although it has never materialized, and in July 1976, Jayne Marie made her debut in Playboy, making her the first daughter of a centerfold to also pose for Playboy in the magazine’s history. Jayne Marie has been featured in several documentaries on her mother and is quite candid about their relationship. 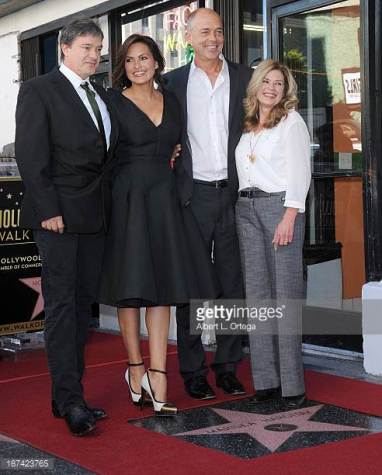 Mickey is Jayne’s second child, and I have been blessed with the experience of fan girl-ing in front of him in person at his nursery, Hargitay Plants  (located down the street from Jayne’s cenotaph in Hollywood Forever). I found Mickey Jr. to be very sweet and kind, despite me slobbering all over him on the brink of tears, telling him how much I love his mom and have a copy of his birth announcement. In the picture above on the right-hand side, he is on the right, in between Mariska and Jayne Marie. 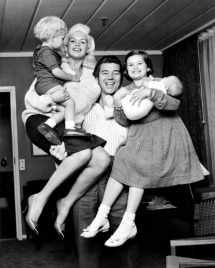 Zoltan was Jayne’s third child and affectionately referred to as “Zollie” by his mother. In November 1966, at Jungleland Amusement Park (which promised that all animals were tame), he was attacked by a lion in one of Hollywood’s most tragic accidents. While in the hospital, it was found, among other injuries, that his spleen had ruptured due to the attack. Within a few days, Zoltan contracted meningitis, and doctors had little hope for his survival. Miraculously, he pulled through, Active on Facebook, he regularly posts pictures of his mother and takes part in the online Jayne community. 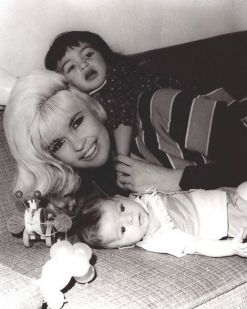 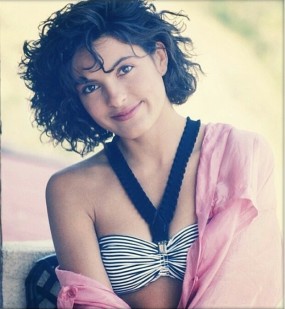 Jayne’s second daughter, Mariska Hargitay is most known for appearing as Olivia Benson on Law and Order: Special Victim’s Unit.  For Mariska’s fourth birthday, former gossip columnist and friend to Jayne, May Mann, held a party to celebrate the child’s first birthday without her mother. The little girl reportedly heartbreakingly repeated how she wished her mother was present. She is the only one of Jayne’s children to focus exclusively on acting. 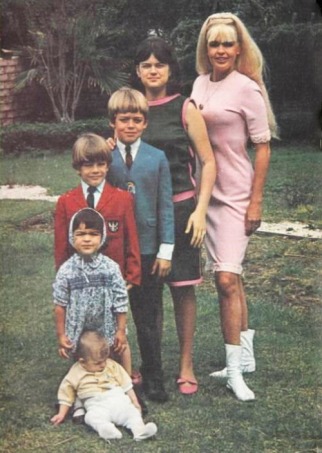 The only child with her third husband, Matt Cimber, Tony is probably the least followed of Jayne’s children. As an adult, he went to work behind the scenes in shows such as G.L.O.W. and House of Mystery. He reportedly lives in Las Vegas and I have heard that he is friendly with fans of his late mother.

4 thoughts on “Jayne and Her Children”