In 1960 Zsa Zsa released her first of three books entitled “Zsa Zsa Gabor: My Story Written For Me by Gerold Frank.” This book is probably one of the best peaks into the life of Zsa Zsa by the woman herself. Yes, things have been exaggerated, forgotten, or down right lied about but that’s what makes the Gabors, the Gabors. Zsa Zsa even appeared on the cover of Life with Frank in 1959:

The book was originally to be released by Bennet Cerf’s Random House, according to Zsa Zsa on the popular television show “What’s My Line,” but for reasons unknown, the manuscript was sold to World Publishing Company. The book did well enough to be released both in hardcover and paperback but did not receive any printings after that. It’s relatively easy to find. You can purchase a copy by clicking the picture below. 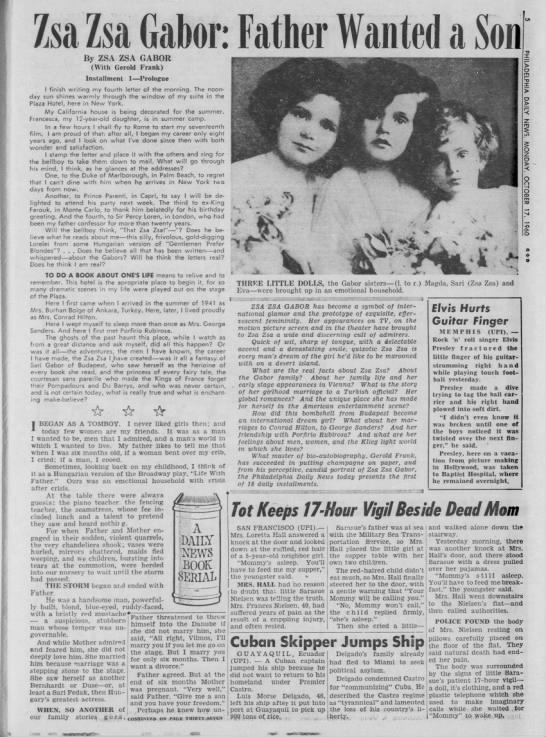