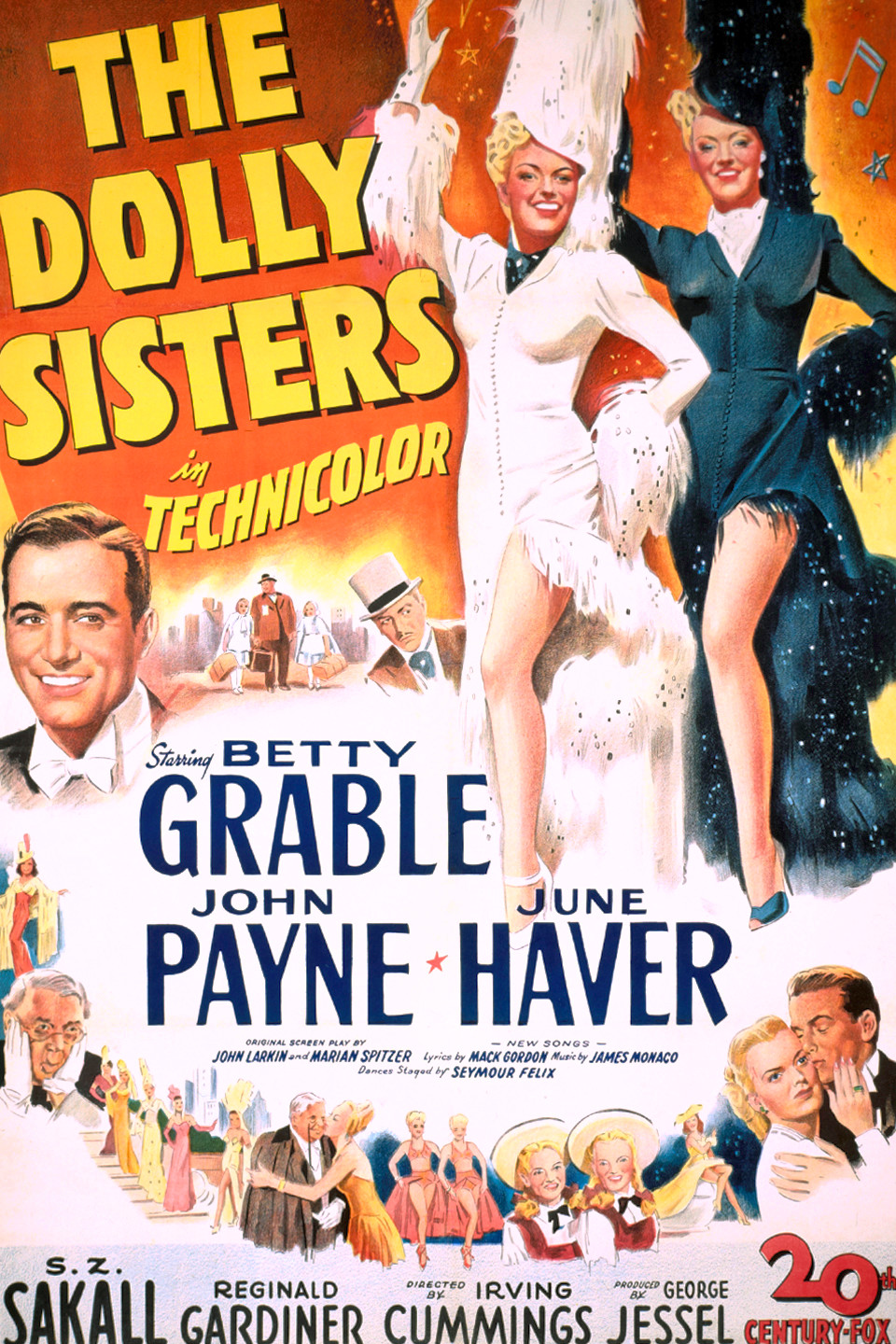 For the next few weeks, I’m reviewing a Betty Grable movie each Monday. Today’s focus is The Dolly Sisters, co-starring June Haver and John Payne.

Let me start by introducing you to the following number: 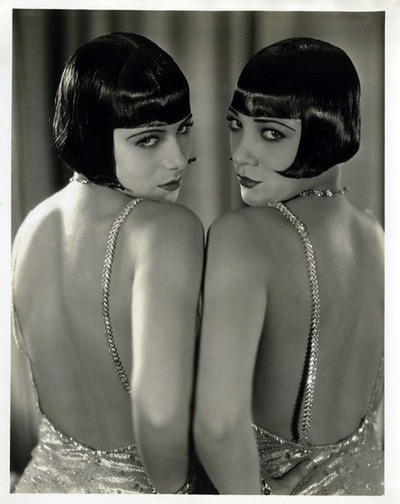 Rosie and Jenny were identical twin sisters from Hungary who made it big through the Ziegfeld Follies. They became known world-wide for their extravagant lifestyles, earning (and spending) an estimated $15,000,000 (roughly $220 million today) between the two of them. Jenny and Rosie lived their lives in the fast lane, leaving a trail of wealthy suitors in their path. A near-fatal car accident resulted in Jenny having to undergo countless surgeries, and she eventually committed suicide in 1941. Rosie attempted suicide as well, but eventually died in 1970 from a heart condition.

The Dolly Sisters focuses on Jenny (Betty Grable) and Rosie (June Haver) as 18-year-old performers who are trying to pay off their uncle’s gambling debts. Jenny falls in love with a struggling vaudeville performer, Harry Fox (John Payne), and they end up getting married. Rosie and Jenny end up performing in Paris during WWI, and a duke falls in love with Jenny. Jenny at first rebukes the duke, but ends up divorcing Harry and dating the duke. After Jenny is involved in a horrendous car accident, she reconciles with Harry while Rosie marries her own suitor.

Betty and June simply did not get along. Betty reportedly found June’s religiousness grating. The actresses stayed away from one another on set, and didn’t lunch together in the commissary.

Darryl Zanuck originally wanted Alice Faye for the role, but she refused. While Louella Parsons reported Alice didn’t want to star with Betty, Alice claimed it was due to her own want for domesticity and more mature roles. This seems more likely due to Alice and Betty’s strong friendship.

Orry-Kelly designed the costumes, with the highlight being his makeup inspired designs seen above in “Powder, Lipstick, Rouge.”

Noel Coward remarked that Betty and June looked so much alike, he thought it was a split screen of Betty.

There is a blackface number in the film called “Darktown Strutters Ball.” If you are unable to watch blackface, I suggest fast forwarding through the number. If you are able to watch it, you’ll notice an extra wearing the same dress Marilyn wore for Columbia’s Ladies of the Chorus.

I’m going to be the first to admit “Darktown Strutters Ball” makes The Dolly Sisters one of my least favorite Grable films. Betty and June performing a pickaninny number just isn’t my cup of tea. That being said, the film does have artistic merit. I firmly believe Orry-Kelly’s costumes for the film were the best of his career. While Betty’s costumes frequently came from Charles LeMaire, Kelly’s designs really showcase her figure to full effect and bring a certain whimsical flair to the entire picture.

The script isn’t particularly strong, but Betty and June make it their own. June likely should have had a more secure footing after the release of the film, but she never quite took off – and this film shows why. While June is radiant in every scene, she lacks the dynamic hoofer persona of Grable, leading to a clash in styles.

One thought on “Betty Monday: The Dolly Sisters”