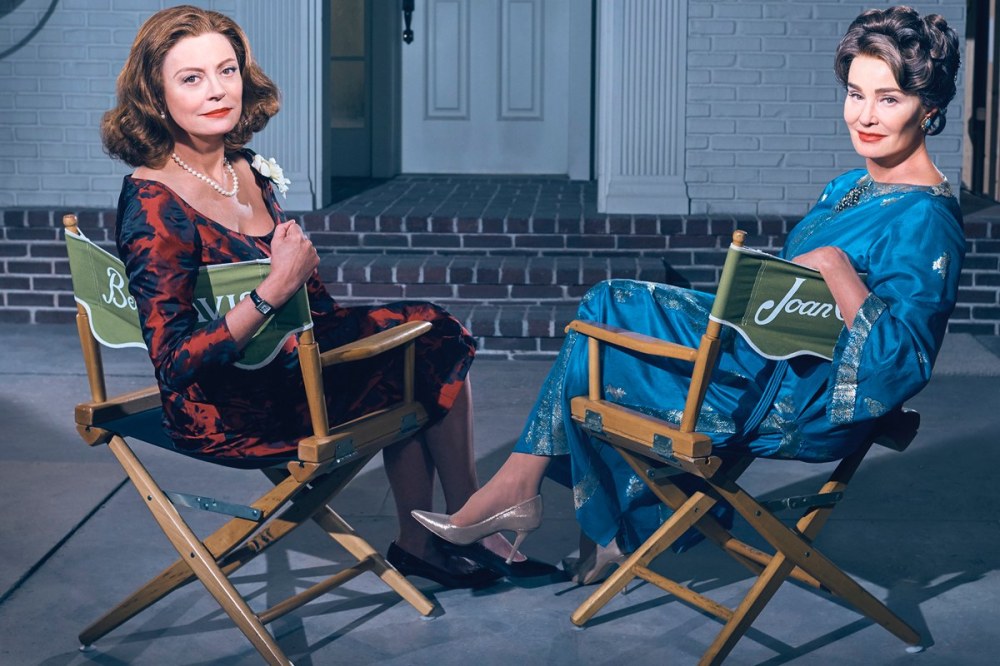 So, I could spend this whole thing showing where the show got it right and where it got it wrong but I would HIGHLY recommend joining the Joan Crawford Chat Room for that which you can find here. I have to admit, I am team Joan so I don’t know the best Bette group but I’m sure she has a great one on Facebook as well.

I know what you’re thinking, “Neither of them were blonde! This is a modern television show!” etc. etc. etc.. Bette and Joan took their turns being blonde and as far as the modern television show, it’s shedding light on Old Hollywood for the younger generation. It’s doubtful that most people my age and younger know more about Joan than Mommie Dearest and as for Bette? I don’t really know anyone _<27 who could tell me exactly who she was before Feud that wasn’t an online friend.

So, how am I feeling about it? It can be over the top and campy. Joan’s bed is the same one my mom has. It’s not 100% accurate (I would guess about 70% if you take out personal conversations) but I think it’s true to our heroines. The costuming and decor are spot on. You can tell that looks have been meticulously recreated.

Here’s my main point that I want to get to Crawford and Davis fans, YOU have it pretty damn good with Feud. It’s not perfect. Jessica is not my ideal Joan but I know Susan isn’t everyone’s ideal Bette either. But I think it’s safe to say that there is an essence in the storyline of what both women were dealing with at the time. Try watching The Jayne Mansfield Story as a Jayne fan or The Secret Life of Marilyn Monroe (here’s a 10 part (!!!!) breakdown for the latter here). Joan got skewered in Mommie Dearest but someone is finally trying to show that hey, she was tough, she could be conniving (and we all are!) but she was sensitive and soft. This is what is going to get Joan her redemption and even though it’s not 100% factual, it is providing a three-dimensional character versus Faye’s demonic spawn of hell Joan Crawford.

Like I said at the beginning, I am not a huge fan of Bette Davis but I can respect her work and what she accomplished. I never really felt bad about Baby Jane and the 1963 Oscars until watching Feud. It ripped my heart out to see her so hurt and while I realize I am watching Sarandon, I imagine Bette felt the same way. It sucks to lose. Don’t tell me the spiel about growing from it. Yes, that happens, but when you first lose? It burns. You’re not thinking of growth, you’re hurt and mad and sad. Bette is criticized for continuing the unfounded/untrue rumor that Joan campaigned against her but when Joan is going up to accept the award you want, I’m sure that she genuinely believed it. I might just have a bit more empathy for Bette now.

Overall, my main point is to be glad that Feud is more accurate than inaccurate and to enjoy it for what it is, an entertainment series. It’s not claiming to be a 100% accurate bio and that’s okay too. Let us educate those who want to know more because of the series instead of demonizing it for existing.