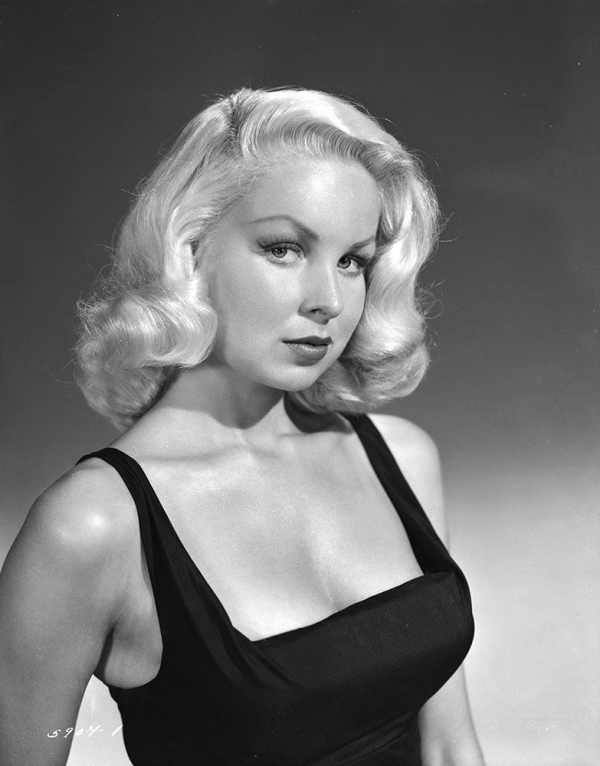 When A Girl’s Beautiful: The Life and Career of Joi Lansing

Koper is at it again with his biography of 1950s starlet, Joi Lansing. Koper has previously written on the likes of Jayne Mansfield, Barbara Nichols, and an encyclopedia of 1950s blondes. Joi has had one book written about her previously, written by her rumored lover, Alexis Hunter. Koper hits the mark on the 1950s bombshell, showcasing a life and career that leaves one constantly thinking “What If?”

Koper begins with the usual biographic fare. We learn Joi had a rather difficult childhood with an overbearing mother and an absentee father. He traces her marriages, career, and personal life on a subject who is relatively difficult to find information on. As always, his book is full of photographs and little tidbits on her life that bring “Joi Lansing” to life. Her struggles are relatable (she always seemed to be two steps away from hitting it big, her eventual issues with botched plastic surgery). Her highs are notable, if not always memorable to audiences of today. One of the biggest bombshells (no pun intended) is Joi’s affair with Sinatra, with her agent, Bill Corcoran telling Koper, “Joi was very smart and very sweet. She was not a playgirl and I was surprised she started dating and even moved in with Frank Sinatra. She told me she couldn’t stand Sinatra drinking all night, although she said he was wonderful to her and his best attribute was that he wanted to please any girl he was having sex with, and that included just about every starlet in Hollywood.”

This shouldn’t be taken as another sleaze ball biography. Koper, as always, remains respectful of his subject. We learn Joi was not the Mormon-girl-next-door she claimed to be but liked the stories circulating so she could be perceived as a “good girl.” Koper has interviewed everyone under the sun who had even the slightest interaction with Joi, including Mamie Van Doren, Gloria Pall, Hunter, John Shupe (Joi’s cousin), Beverly Watkins (another cousin), and a host of other players in Joi’s life.

My only real issue is a story given to Koper by Hunter which details Marilyn Monroe propositioning Joi for an affair. There has never been anything that has come to light from Monroe’s estate or any other star’s to support the rumors of Marilyn dallying in lesbianism. This should not be taken as anything homophobic by me (if she was, she was) but I always prefer some sort of documentation to avoid Scotty Bowers/Darwin Porter vibes. There have also been whispers about Hunter exaggerating her relationship with Joi. Again, I am not able to comment on these besides saying Hunter has provided a handful of documents and a photo that solidifies some sort of relationship (I touched upon this in my review of Hunter’s book).

Overall, I would highly recommend this book for anyone who wants a sneak-peak on the girl who was almost always close to stardom but never quite there. Koper’s work is some of the best in the field and I will always recommend his books to anyone who wants to find out more on 1950s blondes. Buy by clicking here.