Recently, I was talking to my best Old Hollywood friends about Marilyn Monroe (as we do on the daily) when Lisa brought up Penny McGuiggan, a petite little firecracker who used to speak and perform her trumpet at Marilyn Remembered’s August 5th memorials (held annually since 1982). Why the trumpet? She claimed membership in Sweet Sue’s Band in 1959’s Some Like It Hot. Lisa told us how she obtained Penny’s signature at the 2004 memorial and was so excited. Of course, someone had to shit on Lisa’s parade and said Penny was a fraud. So then the search started for whether or not Penny McGuiggan actually starred in Some Like It Hot.

Our search for Penny brought up her first performance notice in 1946. Penny would have been 14:

Almost a year later, Penny performed as part of a song and dance duo:

And again a month later still with Marvin C. Howard:

Marvin and Penny were still teamed up in June of ’47, when they ended the season in The Drunkard: 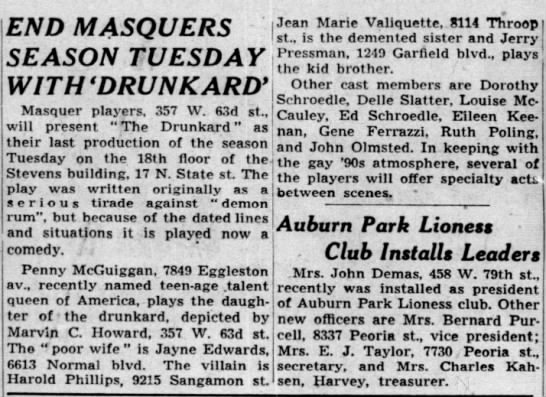 In October, Penny was part of the season opening:

Penny then goes quiet for a few years until 1950 when we find out she was cast in 20th Century Fox’s Take Care of My Little Girl. With how pretty Penny was, it’s not surprising she made her way to Hollywood (her aunt lived in California). Penny was given a makeover, likely to appear older than her 19 years. 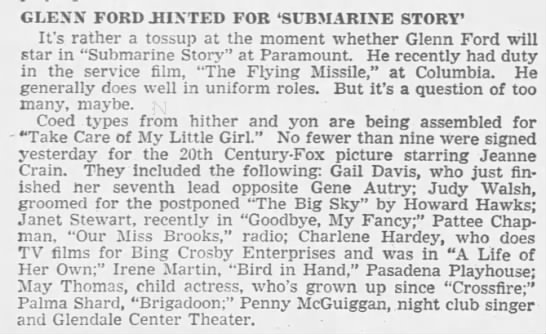 Sadly, Penny’s first foray into Hollywood didn’t last long but in early 1951, she began touring as a dancer:

In June, she started performing for soldiers in Guam and received top billing in all advertisements. This was also when she introduced her trumpet playing skills.

The Suburbanite Economist, a newspaper in Chicago, even featured her. Penny was likely claiming to be 21, when one was legally considered an adult if not married, to be able to tour:

And Penny was determined to be worth her weight in gold.

In October, Penny found herself performing in Hawaii: 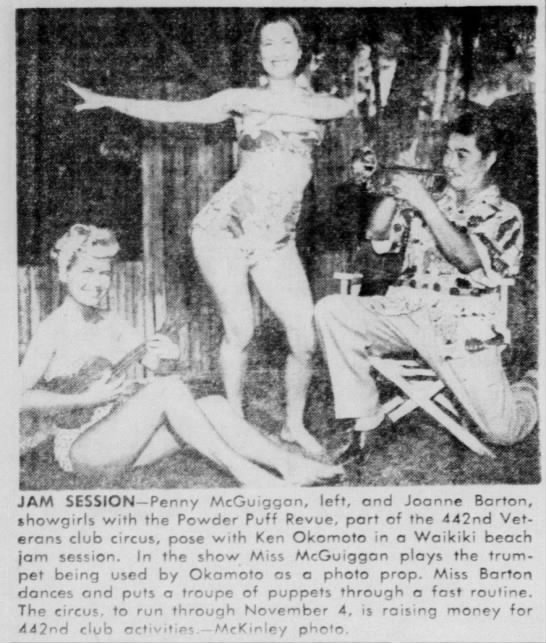 Then, in December ’51, Penny was back in Chicago for a friend’s wedding: 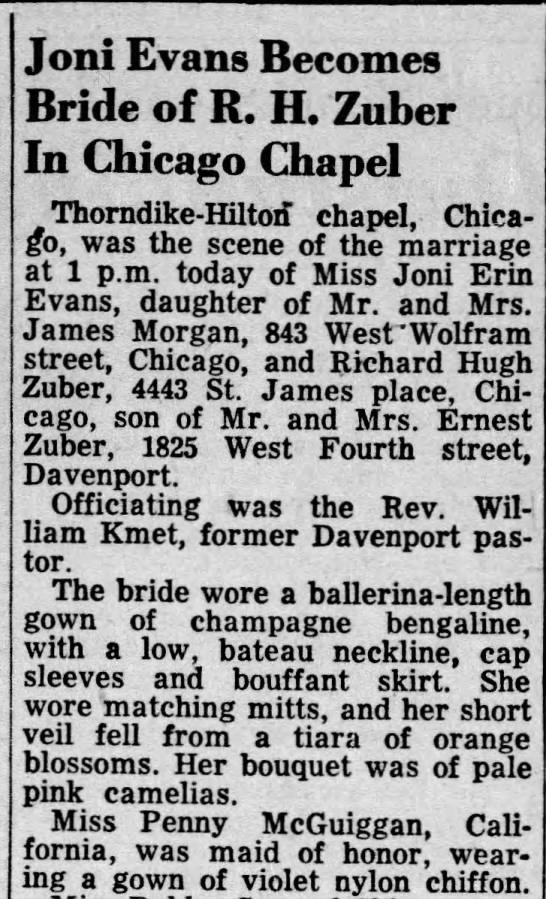 Penny may have found love around this trip because she got married in April of 1952 and moved to Manila with her husband (who was likely in the service):

Then, everything kind of stops for Penny. The next mention for her maiden name is in the 1970s. I knew she had to have gone under a different name, but what was it? Then I found her Chicago Tribune obituary: 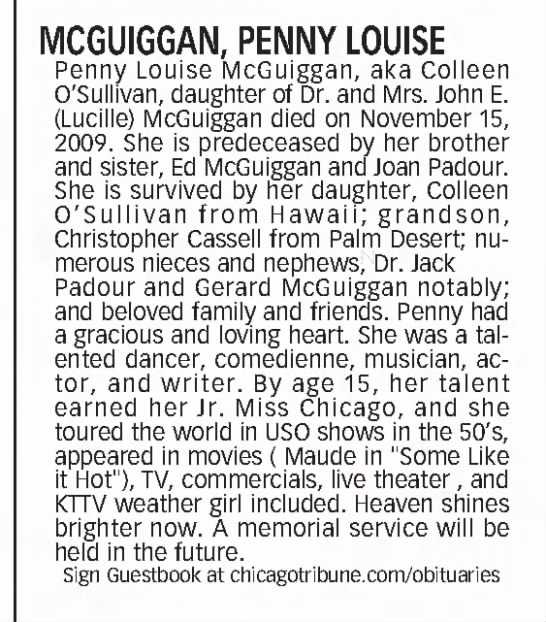 Colleen O’Sullivan! We had a name! Sure enough, Colleen was still doing USO shows when she was spotted by photographer Dean Granger in late 1957 but the following photo ran in January of ’58:

Colleen made news for her appearance in Some Like It Hot. She was back to living at her aunt’s house. We now know for sure Colleen was in the film:

Her name appears on Scott Fortner’s Some Like It Hot call list which can be found by clicking here.

Finally, Rick Carl (long standing member of MR and a wonderful film historian) has made this collage pointing out Penny:

So what did Colleen/Penny do after the film? Mostly tv spots in shows like The Twilight Zone and working on stage: 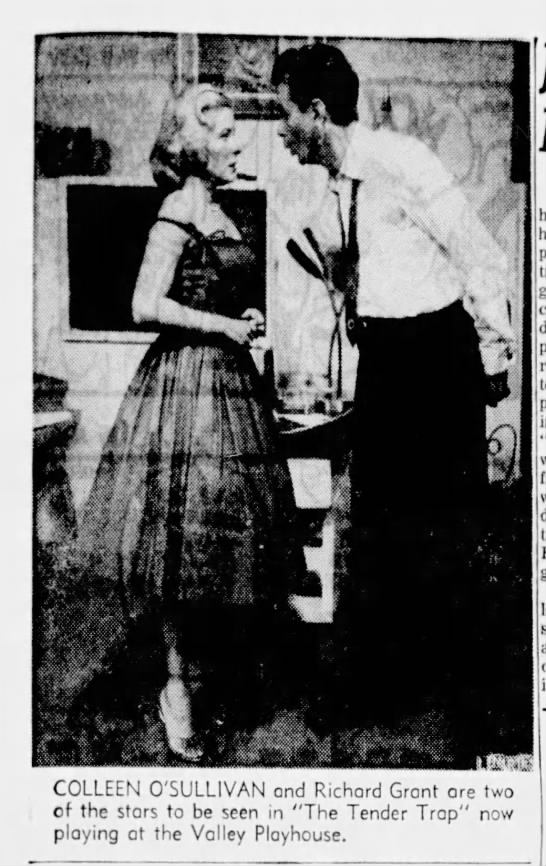 Penny was a marvelous woman and extremely generous with fans. It’s a shame people tried to discredit her appearance in one of the most successful comedies of all time, but Penny was definitely in the film and led a fascinating, star-studded life both before and after her appearance in Some Like It Hot.