When one thinks of style icons, Jayne Mansfield likely isn’t the first star to come to mind. Jayne still isn’t known today for her discretion when it came to wardrobe choices, and breast meat frequently found itself on the menu if you catch my drift. But Jayne did have some solid fashion moments: 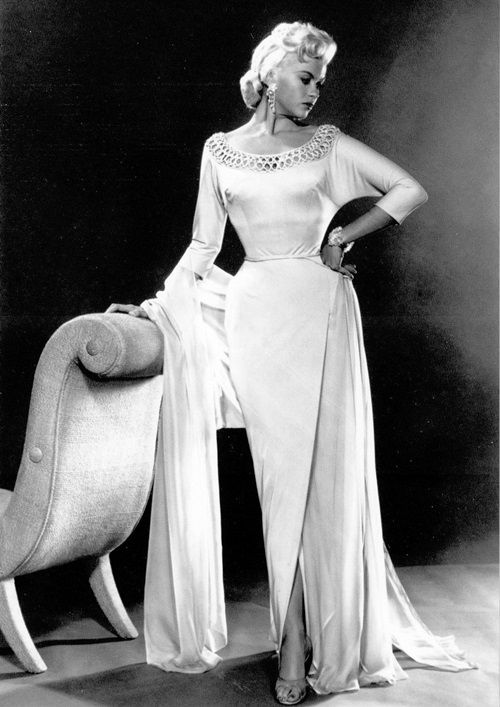 Jayne in 1956–She wore this dress when presented to Queen Elizabeth the following year. 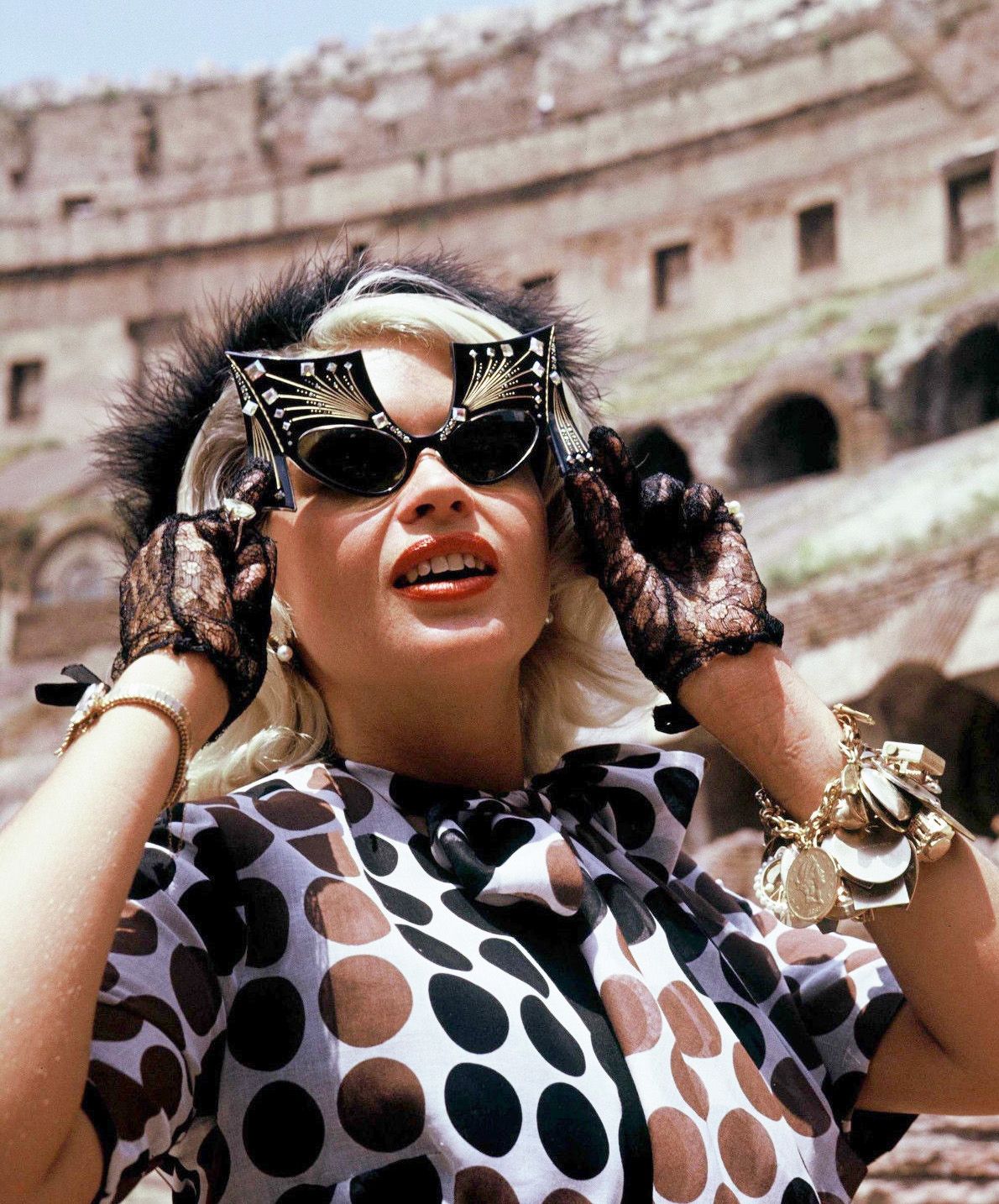 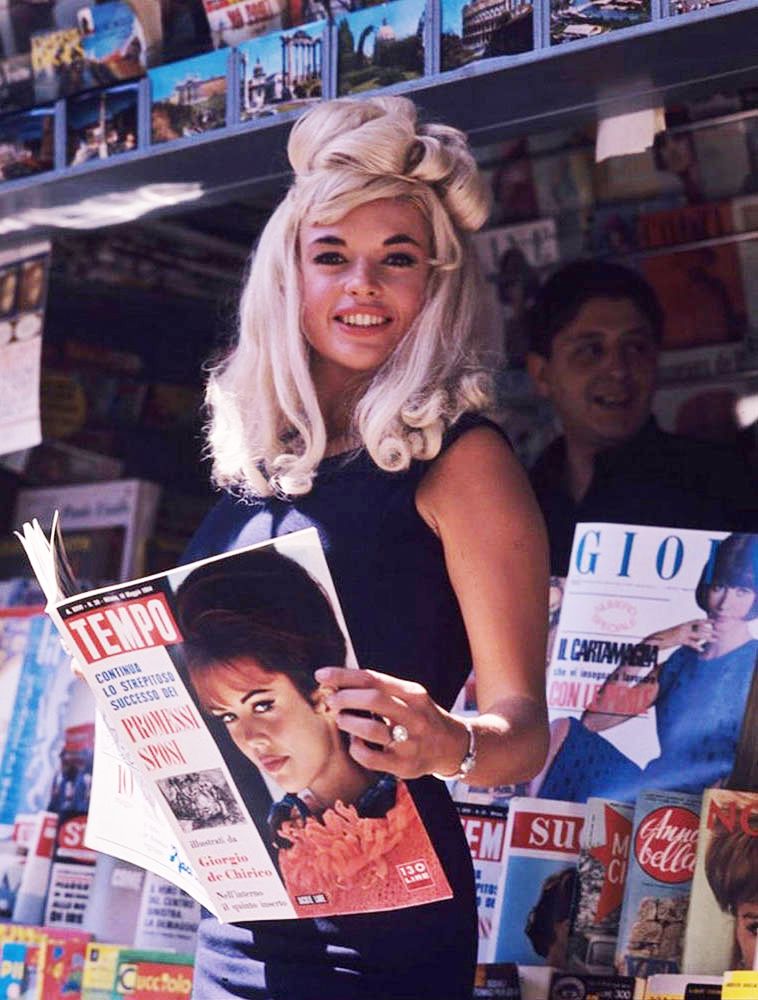 One of Jayne’s strangest professional relationships involved the few months she spent with Richard Sylvan Selzer, better known as Richard Blackwell or simply Mr. Blackwell. Blackwell was born on August 29, 1922 in Brooklyn and, after a rocky start in life and a hodgepodge of careers in showbusiness, Blackwell became a fashion designer in the late 1950s. Even though Blackwell’s brand continued into the 80s, he’s best known today for being a fashion critic. Which of course, brings us back to Jayne.

But, a few months later, Jayne and Blackwell announced their collaboration on a $10,000 wardrobe for Jayne… with Blackwell saying Jayne was a Monroe imitator.

THE FOLLOWING MONTH, Jayne and Blackwell severed their relationship, with Blackwell saying:

AND THEN in November, Blackwell threw a party in Jayne’s honor to introduce her new wardrobe, designed by him:

Jayne and Blackwell were back on, with Jayne reportedly sending Blackwell 300 pairs of shoes so he could pick out what she would wear:

In 1963, Tommy Noonan announced Jayne as his lead star in “Promises, Promises.” All gowns were designed by Mr. Blackwell. I own four contact sheets from Jayne’s time with Mr. Blackwell while she was being fitted for the film. It’s evident Blackwell was a willing participant in the film’s creation, although Blackwell would claim he had no idea Jayne would appear nude in the film. Whether this is true or not is debatable. Regardless, Jayne had some of the best clothes she’d worn in a film in years: 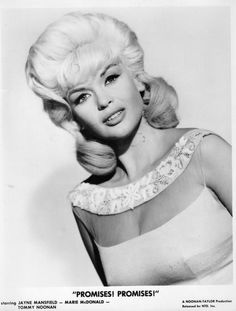 Then, in May of ’63, Jayne’s Playboy spread came out (although it must be noted it was the June issue). Blackwell threw a fit, and the relationship was permanently severed: 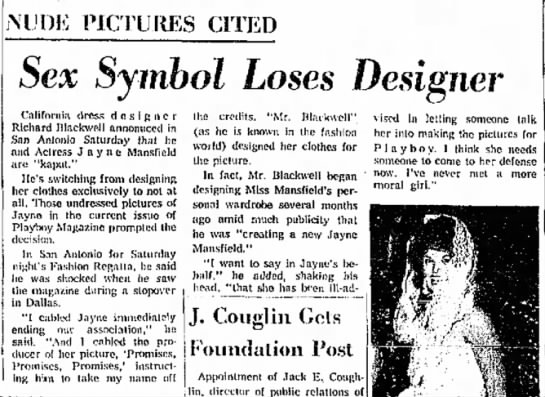 From the time Mr. Blackwell first criticized Jayne to their final severing lasted just over a year, but a tumultuous year it certainly was.