The famous story revolves goes something like this. Lupe Velez found out her on-again, off-again boyfriend, Gary Cooper, was leaving for Europe to tour the U.S. for five weeks. Gary actively avoided seeing Lupe before his trip due to fears she would cause a scene. Lupe found out the date and time of Gary’s departure and showed up at the Chicago train station (sometimes the train station is in Los Angeles). She screamed out “Gary, you son of a bitch,” took a shot at him, and he quickly shut the door–effectively ending their relationship. This story actually opens up Lupe Velez and Her Lovers and is also included in Michelle Vogel’s Lupe Velez: The Life and Career of Hollywood’s “Mexican Spitfire”–the only two books available on Lupe in the English language. So is the story true?

The first instance I can find of the story is in Hector Arce’s 1980 book, Gary Cooper: An Intimate Biography. Even Kenneth Anger’s Hollywood Babylon doesn’t have the juicy attempted murder within its pages. For this one, we’re going to have to track Lupe’s schedule in conjunction with Cooper’s confirmed departure date of June 5, 1931 in New York.

Lupe speaks to the press in Chicago about her relationship with Gary. She’s en route to Cincinnati.

Lupe makes an appearance at Shiletto’s in Cincinnati. She will perform at the RKO Albee every night until Friday.

Lupe is still in Cincinnati and makes the paper for having her horoscope read. 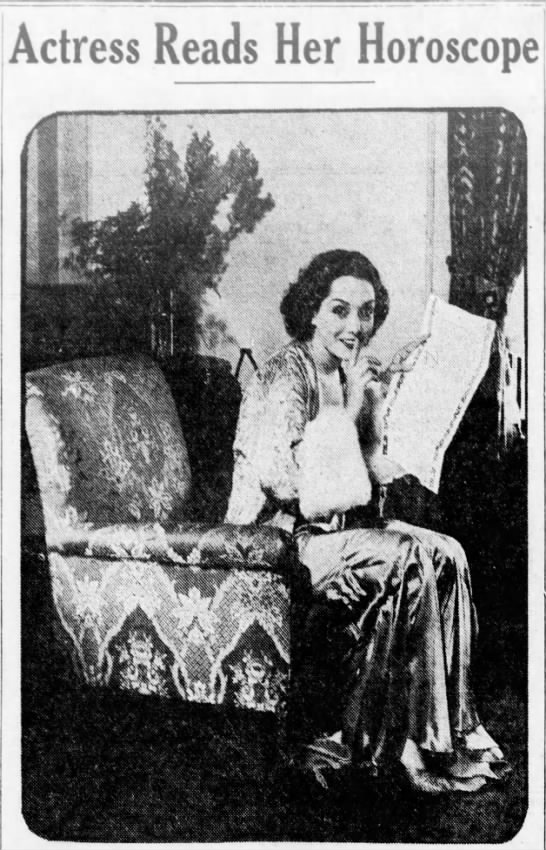 Gary reportedly stopped to see Lupe in Cincinnati, a pretty far departure from Lupe hunting him down after he avoided her. This stop is the only place where Lupe supposedly shot at Gary. As you can see, reports don’t support the story. The meeting appears relatively uneventful.

Lupe continues performing at the Albee. She simply doesn’t have time to make the ~500 mile round trip to Chicago and return the same day in order to continue her appearances. Gary leaves from New York for Europe on the 5th.

Lupe arrives in Chicago. Gary is well on his way to Europe.

So when did Lupe’s relationship end with Gary? It’s hard to give an exact date. Lupe would frequently deny a romance between the two, and in the same breath talk about how Gary frequently wrote her while he vacationed in Europe. Their relationship seems to have ended after his European vacation. By the end of 1931, Lupe frequently went out with John Gilbert. She married Johnny Weissmuller in 1933.

One thought on “Did Lupe Velez Shoot Gary Cooper?”