The Girl Can’t Help It!

This was Jayne’s first movie with Fox after signing with them in May of 1956. Filming on the movie started on September 14th and Jayne officially arrived in Hollywood the following day. Filming was completed on November 9th and the movie was released around Christmas of ’56. It truly was remarkable how quickly this filmed was turn around but none of it would have been possible without Jayne’s strong work ethic.

Jayne’s wardrobe was designed by Charles LeMaire and reportedly cost Fox $35,000. Jayne has numerous costume changes throughout the movie and her wardrobe really is to die for. 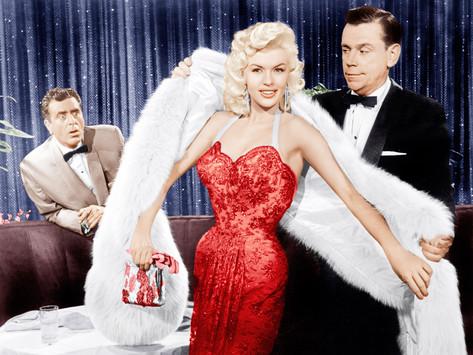 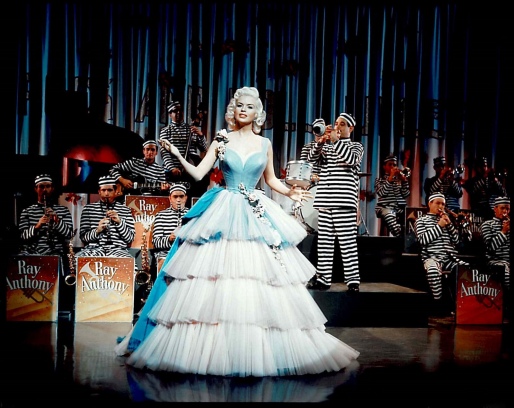 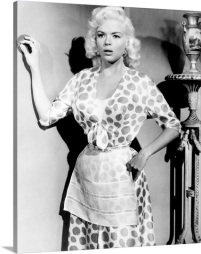 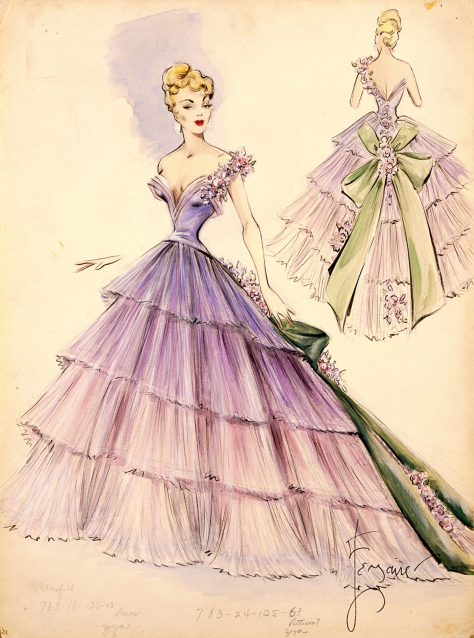 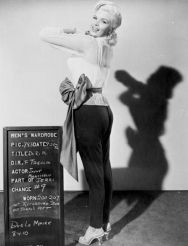 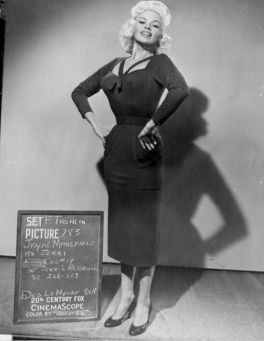 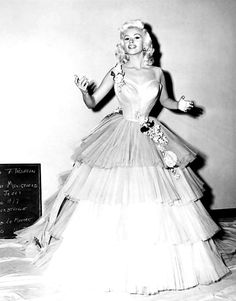 But costuming aside, the movie features numerous musical performances including the legendary Little Richard singing the title song, “The Girl Can’t Help It” as well as “She’s Got It” at a club that Jerri, Jayne’s character’s name, and Tom, Tom Ewell’s character, attend. The movie was filmed in the grand era of Cinemascope and gorgeous life-like color be Deluxe.

The storyline is cliché but there’s nothing wrong with that. Jerri knows what she wants in life but is being told what she should want, something that aggravates her to no end. In the end will she get what she wants or will she listen to her male companion(s)? This is the perfect introductory movie for anyone who wants to see what Jaynie was all about!

Rita Hayworth for Cover Girl.
Stanley Gifford and Marilyn Monroe in profile. I think she’d have mixed feelings about the new French documentary that finally confirms her paternity, but I’m glad it’s established.
The time has come for Jayne’s annual flower arrangement. This is the fifth year in a row I’ve organized this. Friendly reminder that the arrangement is usually a couple hundred dollars with the rest going to @thejhf
If you could have any piece of Hollywood memorabilia, what would you choose? I have to vote for these glasses from Jayne Mansfield. They’re outrageous and fun, just like her. ❤️
@ripleysbelieveitornot making a complete 180 with #hairgate, now claiming that it’s different Champion hair gifted to @kimkardashian. 🙄🙄🙄
I suppose it’s fitting that Barbara Payton’s death anniversary lands on Mother’s Day this year. Above all else, she was a devoted mother to her son.
Follow Classic Blondes on WordPress.com